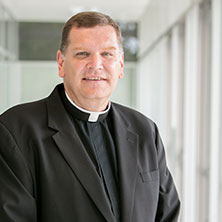 Fr. Brian Needles was born in Cleveland, Ohio, the fifth of six children. He graduated from Miami University of Ohio in 1987 with a Bachelor of Science (Finance) degree. Between 1987-1999, he worked in the real estate development business.

After his priestly ordination, Fr. Brian was assigned to parish ministry, first at St. Joseph of the Palisades Church in West New York, NJ and then at St. Philomena Church in Livingston, NJ. He was then appointed the Director of Campus Ministry at Seton Hall University, serving in that capacity from 2016-19. In 2019, he was assigned as Pastor of Our Lady of Sorrows.

Fr. Brian serves on the Council of Priests and the Priest Personnel Board for the Archdiocese of Newark. He is an Adjunct Professor of Theology at Seton Hall University and is an Adjunct Spiritual Director at Immaculate Conception Seminary and St. Andrew’s Hall Seminary.

There will be 3 winners

3rd Prize – 5%of the Raffle Profit

Winning Tickets will be pulled at our Parish Picnic on September 11, 2022 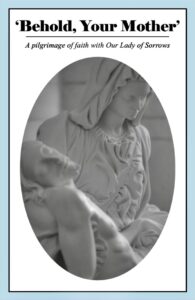